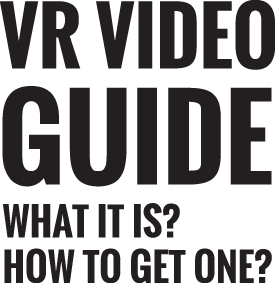 We create video based virtual reality applications for all kinds of devices – mobile and stationary. We aim at creating new medium which thanks to technologies of VR Video granulation and augmentation will allow surfing VR films similar to the way we surf Internet. Our work is combining art and technology.

We have experience with all video based immersive systems, with focus on VR Video. We keep researching new ways and improving those we already know. We invite all future partners, clients and investors to cooperation.

WHAT IS VR VIDEO

VR Drive’s application – Journey to Paris (released in August 2015) is our first app with Augmented VR Video . VR Video produces an immersive feeling of presence in the place where the footage was taken, and close to real (virtual) experience of participating in what had been registered. The 3D & 360° image is very close to natural human perception of the world.

HOW IS IT RECORDED?

VR Video requires special multi-lens camera able to register the image in 360° vertically and horizontally allowing 3D imaging which is important for creating interactive environment. With this technology the film set is all around the camera. 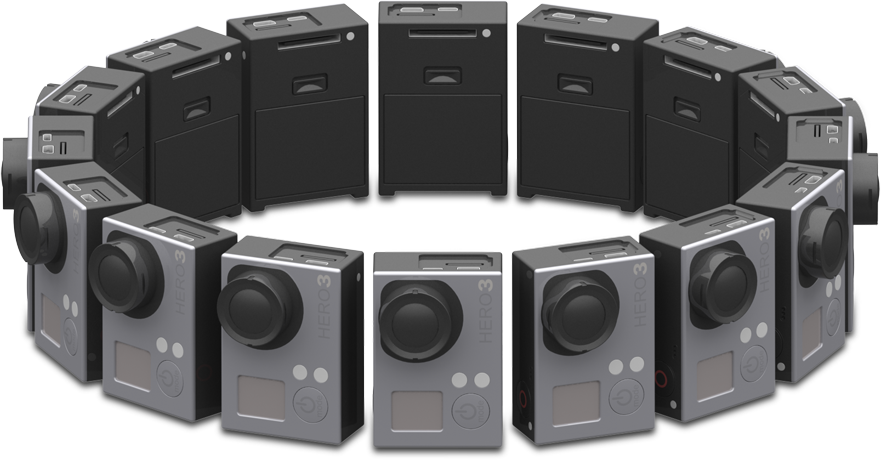 Example of multi-lens camera created for taking 360° & 3D footage by GoPro and Google.

A frame from one of VR Drive’s first production. Everything around the camera (image and sound) is being recorded and can be displayed later with VR goggles, on a sphere or a dome.

VR Video can be displayed in several different ways. At present the most popular method is done with two kinds of VR goggles – mobile and stationary, although there are other possible systems such as dome projections.

Disruptive solution of Google combining a smartphone and a cardboard box with a pair of lenses gives access to VR to millions of potential users at a very low cost. The VR application is run on the phone and controlled with head movements or controllers connected to the phone. Independent smartphone with a headset (which can also be quite sophisticated) belongs to the family of mobile solutions.

Other popular VR system, very useful mostly for applications not being VR Videos, but computer- generated virtual reality, such as games, are stationary solutions. The most famous of them all – Oculus Rift requires connection to a computer unit.

VR Video offers more than just immersion in the images and sounds
registered by the camera. VR Video is augmenting the experience by enabling interaction.

Journey to Paris is an alpha version of application presenting part of the technology created by VR Drive. Possibilities of the system are virtually unlimited. Naturally another step will be enabling jumps between two and more different VR Videos.

Augmentation makes 360° videos more immersive
and interactive, thanks to the system of HotSpots,
Reels and Flashcards – parts of a Spherical
Interface allowing to jump also between all
videos augmented with VR Force.

A system of Hotspots allows augmenting the Video with as many visual elements as desired.

Hotspots are visible on the video and activated by the user.

In this example Hotspot triggers description stripe with several options on it. “More” button opens the Spherical Interface.

The Spherical Interface gives access to menu and Flashcards. Flashcards are graphical frames on a reel which can contain any number of them.

Flashcards can host any form of digital content: links to other Flashcards, and Hotspots, text, 3D objects, or multimedia such as videos, images etc.